Searching for the open door, to take us back just like before
It’s not too late, no it’s not too late
What we’ve done, and we’ve been through, says it all, what’s left to prove
You can’t throw away, oh, what’s here to stay

Today we laugh, tonight we cry, flip the card, and can’t decide
Heads we win, tails we lose
Who’s to say, what’s wrong or right, and through the tears the truth will shine
It’s all I can do, babe I’m gonna stay with you 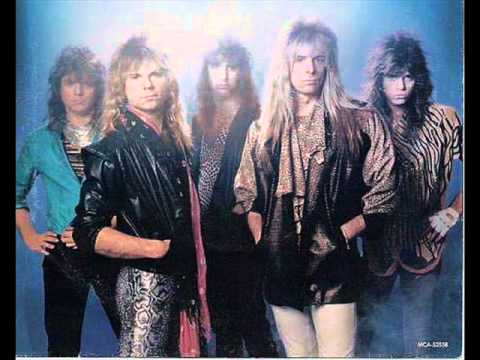 Giuffria was an American rock band that was formed in 1983 by Gregg Giuffria after his departure from the band Angel, a glam/hard rock band from Washington, D.C..

Giuffria was formed as Gregg Giuffria‘s side project in 1982 after his departure from Angel. At the onset, Giuffria had intended to forge this project under the ‘Angel’ moniker, until several members of the now-defunct band took suit. The band’s classic line-up consisted of Gregg Giuffria on keyboards, David Glen Eisley (lead vocalist), Craig Goldy(guitar), Chuck Wright (bass), and Alan Krigger (drums). Eisley had recently been vocalist for Los Angeles-based band Sorcery. Goldy had briefly been a member of hard rock/glam metal band Rough Cutt, while Wright had guested on several tracks on Quiet Riot‘s album, Metal Health, although not an official member at the time. Tom Quinton played drums for several months in 1983-84 but was dumped in favor of long time session drummer Alan Krigger, who was deemed to have a better image than Quinton.

6 thoughts on “Rock Ballad of the Week: Guffria “Love You Forever””